How much? We processed 61 large bags of sediment for dermal denticles, totaling 534kg (1177lbs). This is equal to 6 baby elephants at birth or a small mature great white shark.

How long? Processing this massive amount of sediment took about three months total, although we’re still picking out some of the denticles. Fortunately, many of the processing steps could be done simultaneously:

~2 months washing and sieving the samples

~3 months digesting the carbonate with acid, split into six rounds of digestions. This ate up nearly 265L (70 gallons) of acetic acid.

Now how much does it weigh? The acid digestions reduced our load of sediment to around 6kg total. That’s about a 99% reduction in weight. Now that’s much easier to sort through!

How many denticles have we found so far? We’ve currently found about 150 denticles of various forms, but we still have more to pick! 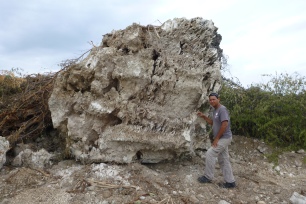 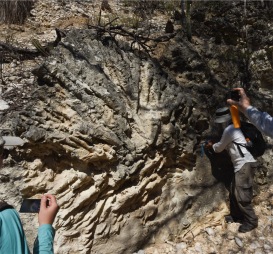