Aaron also focuses on learning what tropical seas were like before they were altered by human activity. His Baseline Caribbean Project uses exquisitely preserved 6,000-8,000-year-old reefs in Panama and the Dominican Republic. By collecting and analyzing coral and sponge skeletons, mollusk shells, fish otoliths (ear bones) and shark dermal denticles (scales), the O’Dea lab is piecing together what “pristine” coral reefs actually looked like.

Aaron hails from York in northeast England. He completed his Ph.D. in biological sciences at the University of Bristol in 2000.

While studying in Australia, Palau and the Northern Line Islands, Erin became fascinated with tropical marine ecosystems. She saw how sharks were abundant on healthier reefs but virtually absent in the more degraded ones. This inspired her to develop a new technique to study how shark populations diminished as reefs deteriorated.

Erin uses dermal denticles—toothlike shark scales—from fossil reefs and modern ones to piece together how these apex predator populations have changed over time.

Erin, who is originally from California, graduated from Stanford University in 2014. You can learn more about Erin and her work here.

Michele normally goes around thinking about the way fish see. He uses the diversity of vision in coastal fishes as a model to explore evolutionary question about adaptation under different environmental conditions.  He’s not so foolish though to see that the future is in the past, and he is joining us to help reveal the history of Caribbean reefs. 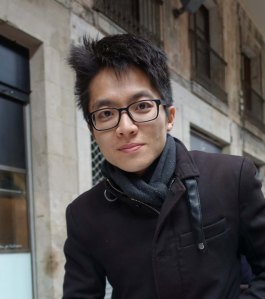 Chien-Hsiang (otherwise known as Ken) is working up the fossilised ear bones of fishes which are called otoliths. Previously thought to be absent from reef sediment we have been finding them in abundance and Ken is a world otolith expert, despite being so young!

Mauro examines ecological changes in reef-building corals over historical timescales. In comparing 7,000-year-old fossils reefs in Panama and the Dominican Republic with their modern counterparts, Mauro aims to quantify changes in ecological structure of corals since humans became the dominant influence on climate and the environment.

Nicte-Ha did her master’s  degree in marine biology at Reefs System Unit, UNAM, Mexico. There, she investigated the growth rates of fossil and modern corals as proxies to understand environmental change.

As an intern scientist of the O’Dea lab, Nicte-Ha expects to  gain a wider perspective on how the study of past marine environments can help to develop better strategies for conservation of current coral reef ecosystems that are under the current effects of human impacts.

Melisa is an undergraduate student at College of the Atlantic in Bar Harbor, Maine, pursuing a degree in Human Ecology with a concentration in marine biology. She is interested in the ecological relationship between sea turtles and the communities in which they belong. She hopes to make further contributions to the restoration and conservation of both in her homeland, Malaysia.

As an intern scientist of the O’Dea lab, Melisa expects to gain a new perspective to approach marine conservation. She wants to learn more about how the study of marine historical ecology can be utilized to better inform coral reef restoration and conservation efforts. 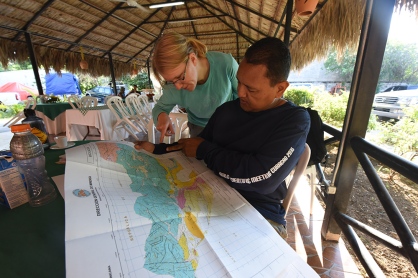